If it was that easy I would be there.
I know in my brain that logically it isn’t my fault. But in my heart, I still feel every day that it is my fault. That I am to blame, that because my foolish heart thought it would be worth it more than once, that because I longed to try again, but simultaneously never wanted to ever experience another pregnancy that I got both wishes granted. 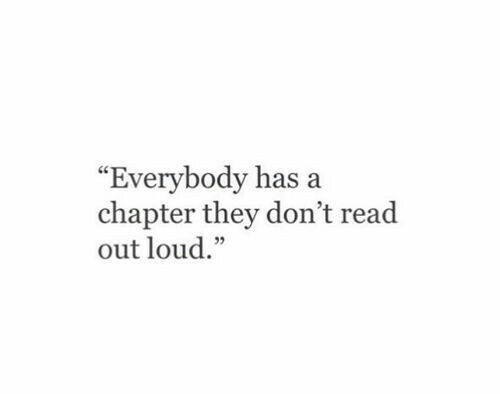 I hate it every time that I watch my partner grieve. Again.

I feel as if, because I lost them both, I am the one causing that heartache.

I hate the guilt but can find no remedy for it. I want to move past it, and it doesn’t seem to matter how many times I or another says I’m not to blame I just can’t quite shake the feeling off.

What I want is to not hide my babies from them, and yet, I don’t know how to open up.

I wrote the perfect message, and yet. I don’t think I will ever send it. My partner wants to do it in person and I never ever want to face up to my family. I wanted to send it on the 22nd. I am angry I didn’t. I wanted this to be over by now. I thought it would be over by christmas, then by June 22nd, then by October 22nd. And now it is a year and I have not plucked up the courage once before any of these dates to speak out, and I wonder. Will I just keep postponing it? Will I keep telling myself that I will tell them before such and such a date?

While I know my shame is only because I have internalized their projected expectations and preconceived ideas of what I should be doing, it doesn’t mean I don’t still feel it.

I am deeply ashamed of my age, being unmarried but also of being engaged and wanting to be married, because they tell me that’s bad too, while everyone else assumes that is the done thing.

Sometimes I feel that in my families desperate bid to be progressive they are no further than anyone else, they are just taking the opposite side.

They are just as bad at shoving their opinions down my throat as the people they scorn.

I get told that I can always go to them, and yet, in the last year I have never felt able too. I want too. I want to go back to being a kid where my parents were superheroes, but then I would have to be about 5. Because my parents never felt all that much like superheroes. My granddad was my superhero, and the only comfort I can take in his not being here to talk too, is that at least if he is not with me, them he is with them. Or I hope he is, out in the ‘great perhaps’.

I want to stop hiding. I want to scream their names until I am hoarse, get that tattoo, go to my mother to have her tell me it will be okay, and yet, I do none of these things.

Away from them I can. I wear my ‘Still a mama’ badge, put out their things, write their names, speak them, run this website, be open and grieve. But with them I put on this facade.

I am the ‘sensible’ Zoë, the one that doesn’t exist, who would never make my mother a grandma ‘before she is 50’, in their eyes I am some thing other than what I am.

What and who they see doesn’t exist, the person they tell those things too, about how having kids at my age is a waste, they don’t tell them to her, but to me. And once, maybe, I would have agreed and nodded and felt some feeling of superiority.

But each time they belittle each of my school friends and ex babysitters who now have babies and children they also belittle me. My experiences. My babies.

They reduce them, make me feel small, ashamed.

Because, without loss, that would be me. I would be a mother of a 4 month old. I would have no uni place, little income, and as they put it ‘no future’.

And you know what, that ‘lack of a future’ they talk about, that’s all I want. I would give up’ my future a thousand times for even just another minute of theirs.

My families idea of a ‘lack of a future’ is the present I fervently wish was real.

I just want them to be there, for me, without their bloody judgements. Because if they stopped to look for one minute at exactly why I would be doing ‘art’ for lost babies instead of calling it weird, then maybe we wouldn’t be embedded in this rut of denial, guilt and shame.

I want them to understand. I want them to listen. I feel as if I have screamed out for help a thousand times and heard no reply. Instead of asking what was wrong when my behaviour changed after loss I was called ‘hormonal’, ‘bitchy’, told to ‘snap out of it’ asked ‘what bit your arse?’, ‘why have you been such a grump lately?’

I was asked what was wrong but never in a way I felt able to respond too. Because they didn’t want the answer they would have been given.

I just want this silence to end. I just want them to understand and stop being hurtful, even if they don’t intend to be.

I want to stop feeling guilty, to be able to forgive myself.

To be able to move past this, not move on necessarily because if there is anything I have learnt a year later it’s that I haven’t ‘moved on’ from my grief, I have just learnt to live with it.

Feel free to share any of our content on social media platforms. The more people we can reach the better.

View all posts by Zoë Arnold